Do You Speak Emoji?

Are emoji (generally not called “emojis,” as the word originates from the Japanese language, which does not have a plural form) just a passing fad? Or are they a scientifically-researched new vehicular language for the digital age?

If you think using emoji — those icons on your keyboard used when you want to express a feeling or idea in a text message — is merely another trend of the day with no importance or relevance in education especially, you may be surprised to know that linguists and data scientists have been examining how we use emoji and have published academic papers, which have been presented at EmojiCon, held since 2016 (see NY Times Secrets of the Emoji World, Now With Its Own Convention and Wired Academics Gathered to Share Emoji Research, and It Was 🔥).

Besides in the disciplines of linguistics, psychology, and neuroscience, studies of the use of emoji by academics have been conducted in arenas including the workplace and in fields such as marketing and product testing, customer service, and gender studies. It’s the lingua franca of digital native millennials around the world. More than 6 billion emoji are shared every day, and there are more than 3,000 emoji, with new emoji regularly added, according to Emojipedia. In 2019 over 200 new emoji were introduced. You may not know that July 17 is World Emoji Day, which started in 2014.

However, if you don’t count yourself among the millennial generation and don’t fully comprehend these 21st Century hieroglyphics, fear not! There is an emoji course you can take through the popular free language learning app, Duolingo. You can also use Emoji Translate, which translates text to emoji in more than 100 languages, when you’re not sure how to say something in emoji.

How to use Emoji Translate:

On the flip side, if you see or receive an emoji and don’t know what it means, you can use WhatMoji.

Here’s how to use WhatMoji: 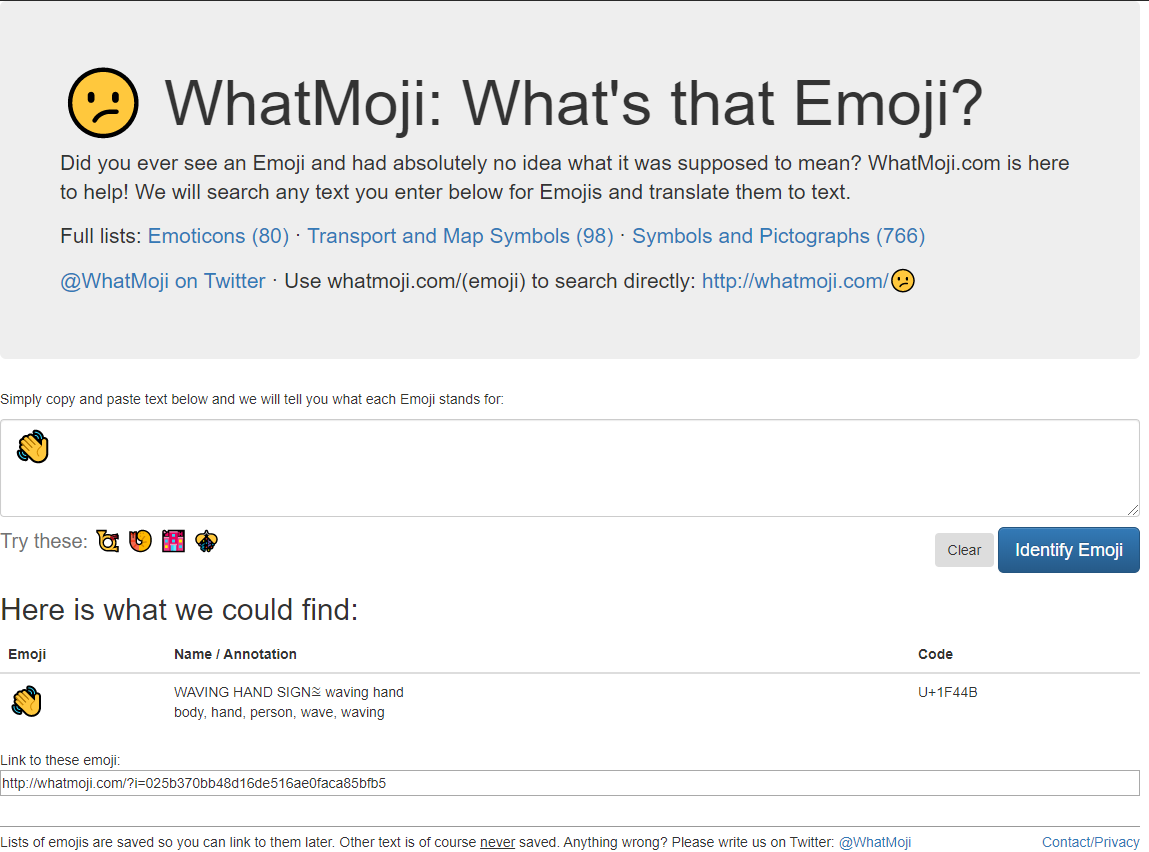 If you’re still reading, you must be convinced that emoji are here to stay at least for a while and may be wondering how you could possibly use emoji in your adult education instruction. Here are several ways you can include emoji in your classroom...and have some fun, too!

1 - Teach and Learn About Emoji

2 - Create or Solve an Emoji Message

Penguin books translated popular book titles into Emoji in honor of World Emoji Day. Try to decipher the clues on the Twitter post. Using this idea, you or your students can use the Google Chrome Emoji Keyboard Extension, Emojicopy, Get Emoji, Emoji Engine, or other similar sites and apps that can be found with a search to do the following activities:

What are the five freedoms guaranteed by the First Amendment of the U.S. Constitution?

I was going to cross the street when I saw the “no crossing” sign, and there was a chicken in my way. I was late for fishing with my friends because I was eating a plate of pasta and a delicious donut.

I was going to cross the wide street when I saw the warning sign “no crossing” because a white chicken was in my way. I was late for fishing with my close friends because I was eating a plate of delicious past and a delicious round donut.

I was going to cross the wide, wet street in Oceanside when I saw the big black warning sign “no crossing” because the white chicken was sleeping in my way. I was seriously late for fishing with my close old friend because I was eating a big white plate of stunning Alfredo pasta and a sweet, hot, round, rainbow donut.

You can download these pre-made Emoji Story prompts and use in your class.

Teachers or students can make posters like these I made with BigHugeLabs, using the billboard and movie poster tools, along with Emojipedia: 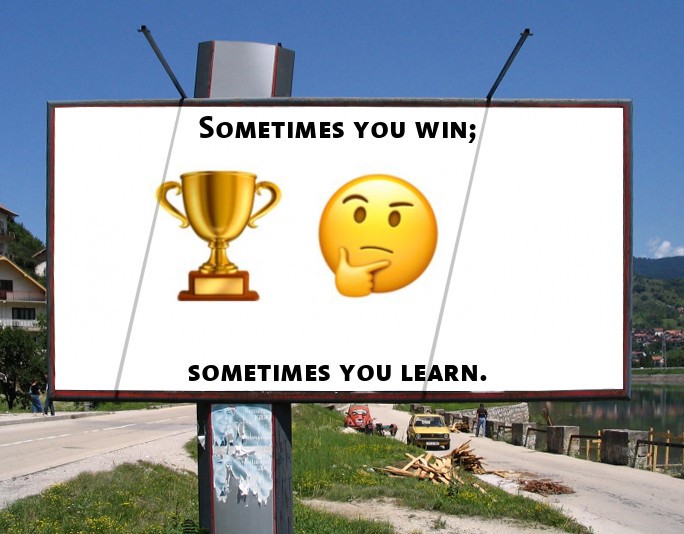 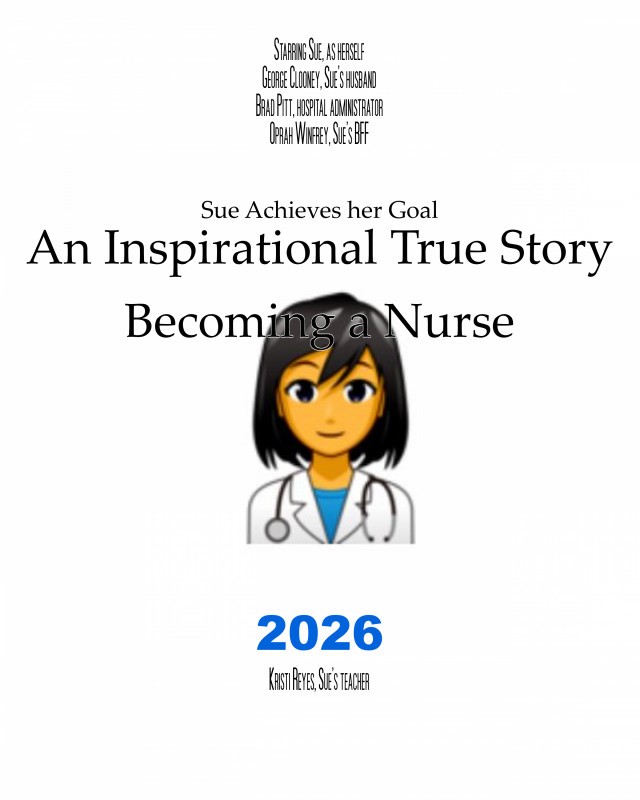 6 - Use emojis for formative assessment (polls and exit tickets).

Teachers can ask, project, write, or use Remind to pose questions about the day’s lesson, and students can demonstrate their understanding by replying with an emoji.

Other Emoji Tools and Resources

Perhaps you or your students don’t feel very photogenic and prefer not to create online profiles or class projects with a photo. Another option is a cartoon-like image of yourself, an avatar. Here are some tools for creating an avatar:

Extremely easy to use. I made this avatar of myself in less than a minute: 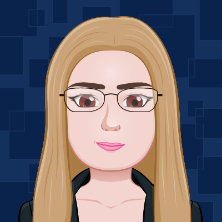 This is an extension for Google Chrome, an app on the App Store (for Apple products), and an app for Android devices on Google Play.

This is my Bitmoji avatar: 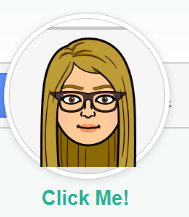 When you install Bitmoji, it can be used in Gmail and as a keyboard for text messaging. With your avatar, you can select different categories to create “stickers.”

What is a sticker?

A sticker is a “detailed illustration of a character that represents an emotion or action that is a mix of cartoons and Japanese smiley-like "emoji". They have more variety than emoticons and have a basis from internet "reaction face" culture due to their ability to portray body language with a facial reaction. Stickers are elaborate, character-driven emoticons and give people a lightweight means to communicate through kooky animations.”

Here is an example of my Bitmoji avatar in stickers within one of the categories: 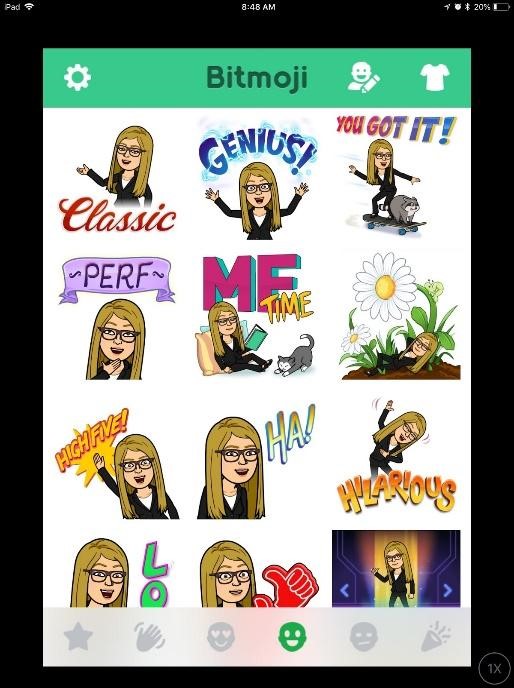 See the Ditch that Textbook’s “Bitmojis for your students: How to create and share” video tutorial

Other sites for creating avatars are the following:

OTAN activities are funded by contract CN200091-A2 from the Adult Education Office, in the Career & College Transition Division, California Department of Education, with funds provided through Federal P.L., 105-220, Section 223. However, OTAN content does not necessarily reflect the position of that department or the U.S. Department of Education.